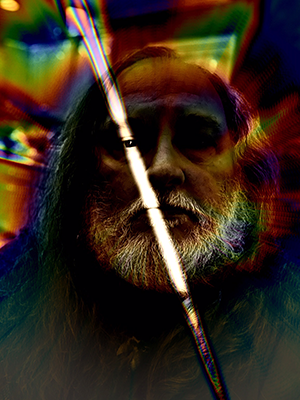 Giuseppe from the District of Criminals has spent his entire life as a researcher with insatiable curiosity, and a skeptic with a heretical, iconoclastic distrust of those in power. The three sides of Giuseppe’s biographical perfect triangle are professional journalist, doctor of Oriental medicine, and songwriter/recording artist. Giuseppe is a true 21st-century Renaissance man.

Giuseppe grew up in Milwaukee, Wisconsin resisting the indoctrination of Catholic school for his first 8 grades. His quest for knowledge led first to a degree in journalism and mass communications, and then, in a mid-life career change, dual degrees in nutrition and a Master of Science in Oriental Medicine. He is nationally board certified as an Acupuncturist and licensed in both Virginia and Wisconsin.

His eclectic background includes 500+ byline articles in the Milwaukee Sentinel & specialty magazines and publications. He was part of the morning team for the top-rated Album Rock FM station in Milwaukee. He has failed spectacularly as an entrepreneur thanks to betrayals & embezzlement by false partners. He has worked in diverse fields to learn new skills.

He has a 35-year career as a singer, songwriter, musician, engineer, & producer of his own original songs. Giuseppe’s songs have been played on radio stations around the world. In 2019, two songs (Dragonfly & Kintsukuroi) by his musical alter ego Lumen Jingos made it into the top 40 of the European Independent Music Chart compilation. Giuseppe’s live shows have received positive reviews throughout the United States.